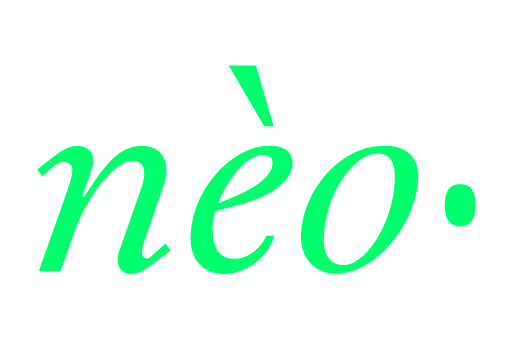 “Nèo • is an open project that aims to involve and promote young Italian designers.

Nèo• is a selection of professionals. Despite their young age (under 35) they can count on collaborations with companies and studios, and personal productions.

Nèo• wants to promote new Italian designers in a national and international panorama that is changing.”

We can say that Contemporary Design is characterized by multidisciplinarity: from the production of finished objects, it has now become a way of thinking, a method.

A recent example is the XXII Triennale di Milano, Broken Nature: Design Takes on Human Survival (2019)1 in which Paola Antonelli was able to create a contemporary exploration of design: different actors and projects, far from each other, united by a way of thinking and acting.

When we talk about design we can no longer refer to the “Design of the Maestri”,  that we (Italians) studied and still idealize. Actors, projects, production techniques have changed.  In 2014, talking about The New Italian Design 2.0 project with Nonsolodesign2, Silvana Annichiarico explained this shift with a simple sentence:

“Contemporary design is located and operates in a totally different paradigm compared to the “Maestri era” . At the time the design culture aimed to create finished, functional and definitive products. Today – that design has in some way become a ‘mass profession’ – it generates processes rather than products, and gives itself primarily as a form of self-representation of one’s ability to imagine, create and innovate…”

Another aspect that we must not forget – perhaps also a cause of the self-representation and aestheticization3 trends – is the introduction of new tools such as social networks. These new media are changing the meaning with which we have always approached design: in addition to reaching the whole world with the touch of a finger, we started talking about “instagramable” projects and today we can be sure that this term is often used as a project requirement, at the expense of other quality aspects that are abandoned in favor of a cool look.

In this changing context, there is a whole new generation of designers who represents the real novelty of the Italian design world, capable of adapting to ever changing market and project conditions. Each of them has his/her own language and carries out his/her own personal research, among everyday difficulties.

nèo• wants to bring these designers together in a collective.

nèo • wants to involve the best young Italian designers with an ambitious project in national and international initiatives.

The idea comes from below: it started from the meetings between four young people, Giuseppe Arezzi, Teo Sandigliano, Sara Bizzocchi and Elisabetta Boi.

The critical aim is to bring to light the novelties of Italian design and at the same time to open a discussion on a discipline that is changing.

The act of gather in a curatorial project takes inspiration from the movements of the 70s / 80s, but in a different form: the group is not a collective, but an active conglomerate of individuals and studios, each with their own method and their own identity.
This wants to be the testimony of a new generation that challenges the period of crisis and the international context, creating original synergies and generating authentic stories.

The act of gathering therefore becomes a provocation to go beyond the institutional dynamics of the discipline, to network and amplify our voices as one.

We want this project to be an opportunity to learn more about new Italian design and how to start a discussion on contemporary design in Italy, starting from below.

This website uses cookies to improve your experience while you navigate through the website. Out of these, the cookies that are categorized as necessary are stored on your browser as they are essential for the working of basic functionalities of the website. We also use third-party cookies that help us analyze and understand how you use this website. These cookies will be stored in your browser only with your consent. You also have the option to opt-out of these cookies. But opting out of some of these cookies may affect your browsing experience.
Necessary Sempre abilitato
Necessary cookies are absolutely essential for the website to function properly. These cookies ensure basic functionalities and security features of the website, anonymously.
Functional
Functional cookies help to perform certain functionalities like sharing the content of the website on social media platforms, collect feedbacks, and other third-party features.
Performance
Performance cookies are used to understand and analyze the key performance indexes of the website which helps in delivering a better user experience for the visitors.
Analytics
Analytical cookies are used to understand how visitors interact with the website. These cookies help provide information on metrics the number of visitors, bounce rate, traffic source, etc.
Advertisement
Advertisement cookies are used to provide visitors with relevant ads and marketing campaigns. These cookies track visitors across websites and collect information to provide customized ads.
Others
Other uncategorized cookies are those that are being analyzed and have not been classified into a category as yet.
ACCETTA E SALVA